If you have spent any time above the Mason-Dixon Line, Spring is so welcome when it finally gets here and STAYS!  You can expect to see kids on their bikes all throughout neighborhoods everywhere.  Even if Dad didn’t get to pump up the tires yet, it was time to take off and meet up with friends after-school or on the weekends down at the cul-de-sac, park, or at the house that had the biggest concrete or blacktop driveway.

Riding bikes for those in elementary grades have always been a big deal.  It is one thing that has remained constant over the course of time.  There may be some newer variations of the concept of independent mobility, but for the foreseeable future, fathers and mothers will want to provide steadfast guidance with teaching the next generation how to peddle, balance, and steer all at the same time (which is key)!

I grew up with a brother who was four years older.  Like most younger sibs, I wanted to do everything he and his friends were doing.  This included riding bikes.  I had just mastered riding my bike the year before, so I was excited about this “new year” of bike riding season to prove that I could keep up with the “big boys.”   I had a pretty well-used bike as it turned out and no one gave it a look over to make sure it was road-worthy.  My brother and his neighborhood friends took off toward the end of our cul-de-sac circle, racing, skidding, popping wheelies and even jumping off homemade ramps.  Everything I was certain I could do – And would be great at!

Well, I’m sure my brother dreaded seeing me trying to catch up with his friends but I was in my glory peddling my fastest to close the gap.  As those older boys that I looked up to sat on their Schwinn and Huffy bikes seeing me getting closer and closer, I knew I had to show them my bike riding skills.   So with all my might, I jolted back and pulled up on the handlebars of the bike to pop one of the greatest wheelies that a six or seven-year-old could ever do.  As I was in the middle of the bike stunt, it was if I began to see everything in slow motion…  my front wheel fell off and with wide eyes I watched it roll past me…. I knew that coming down from this perfect wheelie was going to be painful!

Gravity assisted me nicely and I dropped with the bike forks plowing in the gravel road and me being thrown up and over the handlebars.  Good thing it was early spring and I didn’t have on shorts and a short sleeve shirt, but I still felt the cinders tear up the clothing I wore.  After the slow-motion stopped and I put my askew glasses back on my face, I realized that my brother and his friends were all laughing hysterically at my giant fail!  As I picked myself up off the road, I wanted to leave the scene of the humiliation as quickly as possible as I felt the rush of embarrassment and tears began to set in.  Right before I returned to our driveway, I looked back to see my brother still laughing but carrying the unfortunate “unicycle.”

I don’t remember much more from that traumatic incident.  Did my brother get in trouble for making fun of me or did I need any bandages?  I am not sure; but I think the lesson that I grabbed hold of that day was I needed to find a group who I could connect with, not because it was my brother’s group and I wanted to be like him.  Well, the lesson stuck.  From that day forward, I left his friends alone and only ran around with kids closer to my age, a very natural and sensible outcome that I understood to be for the best.

Or maybe… on that “finally spring” day, did I have an older brother get out my dad’s wrenches for a little sabotage.   Hmmmmmmm?!??!? 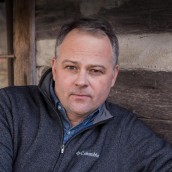